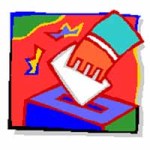 While The Virginian-Pilot was early in endorsing statewide candidates, other newspapers around the state have been rolling theirs out using a more traditional time frame.

The Washington Post endorsed Democrat Terry McAuliffe for governor along with Democrats Ralph Northam and Mark Herring for LG and AG, respectively.

The Daily Press endorsed McAulliffe and Northam as well. According to their announced schedule, the AG endorsement will come next Sunday, October 27.

In an interesting editorial, The Daily Progress endorsed Bill Bolling for governor. I can’t wait to see what they come up with for LG and AG.

The Richmond Times-Dispatch, long thought to be the home of conservatism in Virginia, endorsed Northam and Republican Mark Obenshain for AG. But the endorsement that created the most buzz yesterday was that of “None of the Above” for governor.  This is, after all, the newspaper that endorsed George Allen over Tim Kaine in 2012.

The RTD has almost always endorsed the Republican candidate. I should have noticed, though, that things were changing over there when they endorsed VA-03 Rep. Bobby Scott for re-election in 2012. Two years earlier, they had endorsed his Republican opponent, Chuck Smith (link no longer working). Smith had moved into the district to run and hadn’t really run much of a campaign. Based on the chatter yesterday, I’m not the only one who missed this.

Perhaps more important – at least to me – than the non-endorsement was this little gem:

Hold the presses. Did the RTD just come out in favor of marriage equality?  How in the heck did I miss that?

I did a quick search on the website. I can’t find any editorial where they took a position in favor (although there are lots of articles printed that do). Pure genius to slip it in to what was probably the most-read editorial they have written in some time.

Never thought I’d live to see the day. And I hope the legislators are paying attention.