With Tuesday’s primaries out of the way, the field is set for November’s elections. The statewide contests have received the bulk of the attention (well, two of the three) but we also have the 100-member House of Delegates contests. My congratulations to all of the nominees. To those not chosen, thank you for offering to serve us.

To summarize, we have the following candidates running statewide:

The contest for AG has received scant attention: Herring did not face an intra-party challenger and Adams was the last man standing after Rob Bell withdrew and Chuck Smith failed to qualify for the primary ballot.

Note also that Herring is the incumbent, running for re-election. Virginia allows both the LG and AG to run for a second term but is the only state that denies the same for its governor. (Yeah, that’s dumb.)

While I’m working on my initial ratings for each contest, here is the candidates list: 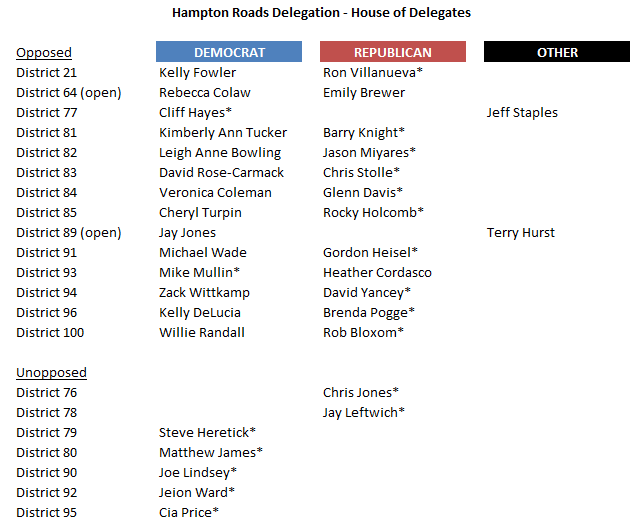